So, after a little bitty of an off-roading accident, we discovered we broken the chassis where the A frame cross member is attached. This was a tiny bit of a problem due to the fact we were half way round our Haggis Hunt trip! Thankfully, we found a miracle in the shape of Tongue garage, who patched us up so that we could continue our trip. However, once we got back home, serious work needed to be done. We ummed and ahhed about various different options (even, optimistically, trying to weld it) before deciding that a new chassis was the way to future proof Alice. Now we had already spent the best part of £10K on a rebuilt engine and several performance upgrades over previous months so cost was a real issue as was lead in time. We attended the LRO show where we had a chance to talk in depth to Paul form Shielder, he gave assurances around delivery (more of this in a later review post) and we placed an order.

Ordered from Shielder, in NI, the chassis came all sparkly and galved! Thanks to our friendly neighbours at Williamson’s farm we had a fork lift on hand to lift it from the trailer. A few coats of t-wash, primer, chassis paint, wax-oyl.. and the hard work began. 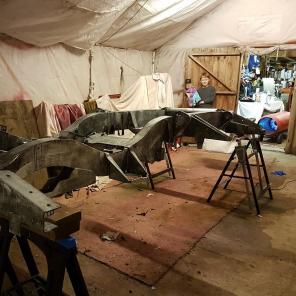 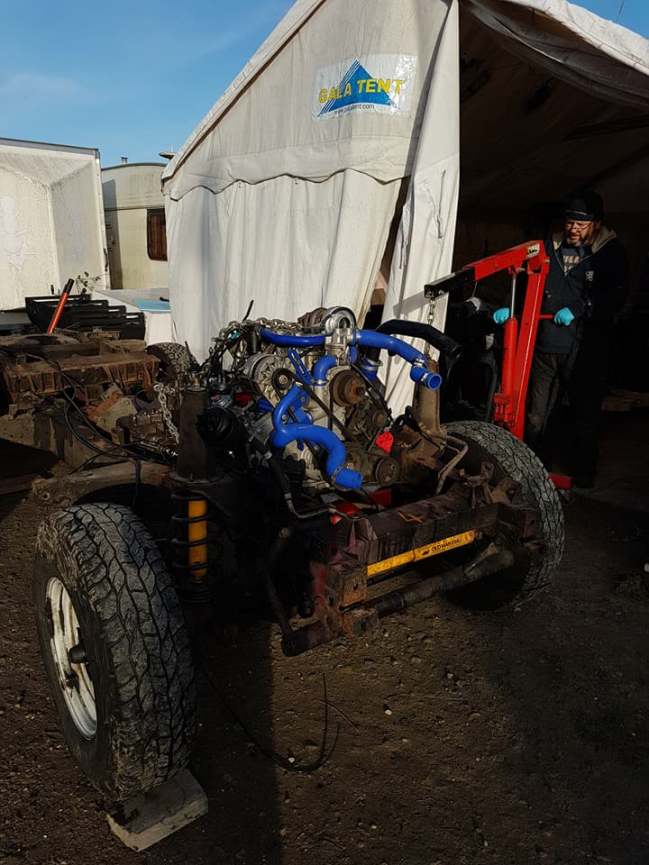 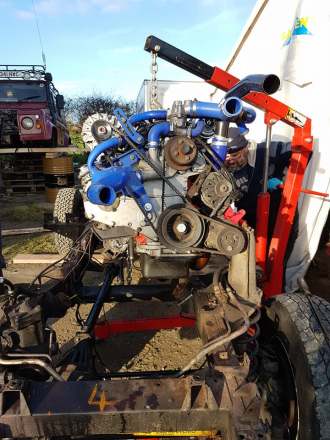 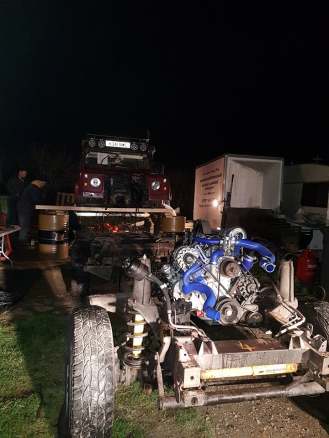 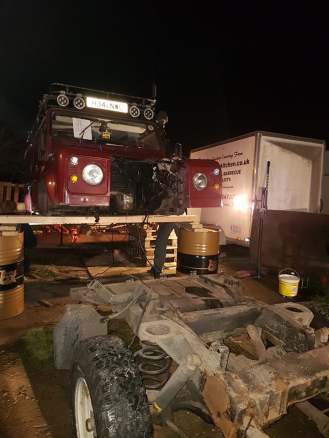 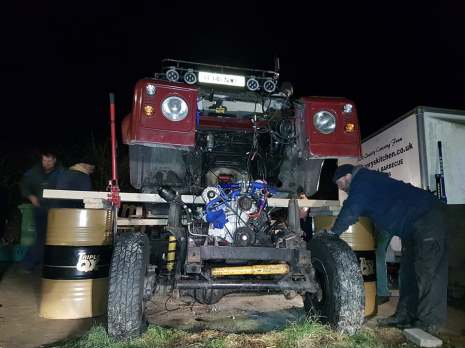 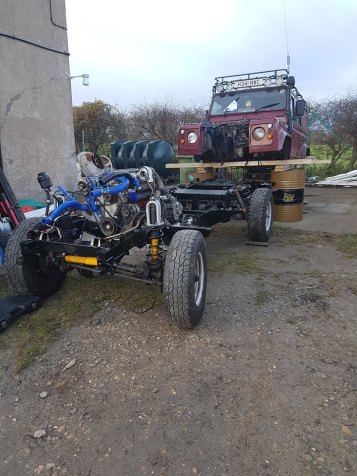 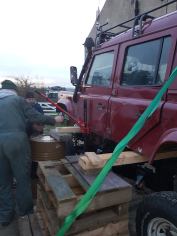 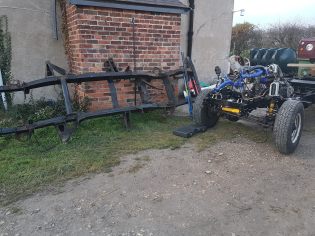 Taking the body off was no mean feat; thank heavens for fellow Robin Hood Overlanders who gave up time, effort and quite a lot of body heat to work with us in the depths of winter. We could not have done it without you. The body off, supported scarily high in the air, Mark and Mike worked for days to get the new rolling chassis ready. Putting the body back on was an equally difficult task, after 30 years of wear and tear it was incredibly difficult to line it up again using 4 farm jacks and an engine crane! That turbo could not have been more awkwardly placed! However, we are fortunate to have dedicated and intelligent club members who worked diligently to get everything lined up with only minor damage to one rear corner and a broken reflector!

Once Alice was re assembled there were some teething problems to address before she was running properly, more of this in a future post.